How Does Animal Communication Work? 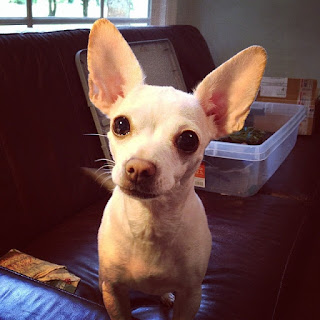 How Does Animal Communication Work?


Information is exchanged in a nanosecond, via one of five modes: hearing, feeling, seeing, smelling, and tasting. These modes parallel our five senses but are like shadows of those senses. For example, a visual transfer of information for an animal communicator may manifest as a movie playing out. Or in the feeling mode, an animal communicator may feel her stomach tighten when asking the animal about diet. This may indicate that the animal has an upset stomach from diet.

One can look to the field of quantum physics to understand intuitive communication more deeply. Quantum means “a discrete quality of electromagnetic energy.” So quantum physics is the study of the things that happen on a very small scale of the forces that underlie our physical world. When we reduce our world to its essence we find that all matter is made of the same sub-atomic particles and waves. We are not made of solid substances but we are constantly moving and in flux. We are all made of the same matter-in-movement which connects us with an invisible field of energy.

We all have the ability to communicate with one another intuitively and we can do it with any and all conscious beings. This can range from a tree in the forest, the ocean or your animal. It requires a technique to tune in to the field, which can be challenging in today’s society. Many of us have lost the ability because we live in chaos. We are bombarded with electromagnetic fields and noise from the busyness of modern society. Our schedules with multiple appointments a day keeps us focused on our clocks. But if we are to slow down and quiet the mind, we can tune in. If we listen to the space in between our thoughts we can pick up information intuitively.

One aspect of quantum physics explains that by focusing consciousness we can create the reality we seek. 20th Century visionary Neville wrote: “your future dream a present fact”. He suggested that all we need to do is transform our imagination into reality by assuming “the feeling of our wish fulfilled.” By persisting in the assumption that your desire is already fulfilled, your world inevitably conforms to your assumption. So for animal communication to be effective, one has to know it in one’s heart that it is real.

Animals are masters at intuitive communication. How else would they know if a predator was stalking or how would they hunt their prey. Animals recognize the survival value of intuition and they never disconnect from their intuitive sense. They are constantly scanning the environment for intuitive data, alert for any changes, such as shifts in the emotional states of those around them.

Rupert Sheldrake, author of Dogs That Know When Their Owners Are Coming Home is an established microbiologist and did thousands of studies on the intuitive connection between people and their pets. In his research, he ruled out the possibilities of dogs knowing their owners schedules, hearing their owners or picking up their scent. The studies included shift workers with unusual schedules, people using varying modes of transportation such as on foot, borrowing a vehicle, bus or taxi. The only reasonable explanation for the dogs responding to their owner’s arrival ten, or fifteen minutes or even an hour before their arrival (depending when their owner set the intention to depart for home) is intuitive communication.

How Is It Used?

Intuitive communication is becoming popular worldwide because it can be very helpful. It can be used to negotiate with feuding animals, help a timid animal to trust, enhance an animal’s training, find out about an animal’s past owners and experiences, find a lost animal or help a rescue animal get adopted. It can be used to discover an animal’s feelings, wants and needs, which is especially useful when the animal is old or in poor health.

Intuitive communication can also be used to communicate with wildlife. Some people have had great success in politely asking the gophers to move or the ants to leave. Many gardeners profess to use this skill to discern their plants’ needs and desires, thereby keeping their plants healthy and happy and creating a more harmonious garden.

Buddhists believe that love and compassion unite us all. The field of energy that we can all tune into responds to emotion. The heart math institute has done research on the electromagnetic field that is generated by the heart and surrounds our bodies. We are capable of picking up the vibrations of the heart rates of those near us and responding emotionally. We can create a more peaceful world by slowing our hearts down and sending love.

Scientific studies have shown that the more people there are who embrace a new belief, the easier it is to anchor that belief as reality. An equation was determined to create large-scale change, which is the square root of one percent of the population. We have the power to create change for others and ourselves by quieting the mind, knowing we are able to communicate intuitively and sending love.

Believing in the ability of intuitive communication is contrary to the mainstream view of humanity and our relationship to animals. This is partly due to the father of modern day philosophy, Rene Descartes, whose perspective was that animals are automatons responding to stimuli. Animals where considered incapable of thinking and feeling as humans. This anthropocentric view places humans on a pedestal, superior to all life on earth. This brutal hierarchical value system can be seen in action in the industrial scale Ag business that exploits farm animals, such as the dairy and egg industry. If more humans were to begin relating as equals to other species, there would be a profoundly positive and far-reaching benefit to all life on earth.

If you would like to work on building your own intuitive abilities and skills, grab a copy of my book The Bridge to Intuitive Living. There are real exercises that will help you trust and understand your own intuition and your soul language.
Posted by Wendy Rae at 1:28 PM